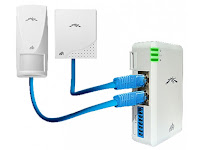 Ubiquiti's mFi range is an extensive range of devices that can be used to monitor a variety of devices around your home or business! It features devices such as:

This blog isn't going to teach you how to install Ubuntu 14.04, there are many guides on the internet on how to do that. This assumes that you've got Ubuntu 14.04 installed and accessible on the network.

This guide assumes you are using Ubuntu LTS on a 64bit system.


Make sure your installation is up to date as well by running:


First step is to install MongoDB. This will be where mFi stores all it's data. To do this we need to import the public key.


Next we'll want to create the list file for MongoDB


This will take around 1-2 minutes depending and will install MongoDB and accocisated packages that it may need.

Once completed, issue the command to see if it's installed correctly and running


and you should get a reply back something along the lines of
mongod start/running, process 13557


If thats the case, lets move on to installing Ubiquiti mFi!
First we need to add the source for Ubiquiti into our sources file, similar to what we did with mFi

Now to the bit we've all been waiting for, to install mFi. We can choose from the pre-release beta or the pubic release. We're going to install the public release as it's considered to be the stable release. But if you want to have a play around with the beta, just install the mfi-beta package.

From here you will be able to select your language of preference, the country your based in, and setup a username and password for accessing your mFi server.

Posted by Unknown at 8:44 PM
Email ThisBlogThis!Share to TwitterShare to FacebookShare to Pinterest
Labels: Ubiquiti 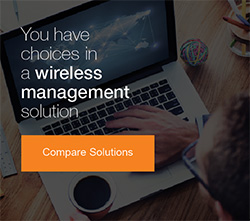